skip to main | skip to sidebar

In the last decade we have experienced the convergence of a worldwide financial crisis, two wars, and a developing interest in the sustainability movement. Due to our growing awareness of climate change and limited resources, American culture is responding with an almost romantic return to the basics. Growing your own food, repurposing your old stuff, and making your own accessories and gadgets have become a part of popular culture. Craft is back, although reinvented and redefined. Contemporary artists have joined the ranks of techies and tinkerers by making and crafting unique objects or social settings. Their work is both functional and/or makes sociopolitical statements that address our naïve and insatiable consumption of goods and media and its effects on the world around us.

The artists in MAKE:CRAFT display ingenuity, hand-making and technological skills, and participate in what could be termed an Art & Design-to-Craft Revolution. This activity has its roots in the Arts & Crafts Movement of the late 1800s, which responded to the industrialization of goods produced in Europe. At the turn of the 20th Century magazines such as Popular Mechanics and Craftsman began what is now a legacy of self-taught, skill-based knowledge sharing, and inspired current trends in the Do-It-Yourself (D.I.Y.) Movement, a historically American characteristic.

In the 1950s, the craft movement sought to be included in the contemporary art dialogue as it was typically valued as functional or utilitarian. Today many contemporary artists are turning to traditional crafts for exactly that reason, to create socially relevant works that engage communities in practical and empowering ways. It is an opportune aesthetic for the more performative arts including dialogic and relational public practice work that often overlaps with the “green” or sustainability movement.

In 2005, in response to this maker renaissance, MAKE, a quarterly project-based magazine was launched. Its sister publication, CRAFT was introduced the following year, and together they produce the annual MakerFaire in San Mateo, California. This fair, along with other efforts including the Renegade Craft Fair, Anarchist Book Fair, Eyebeam Roadshow, Sewing Rebellion Chapters, and Scrapyard Challenge Workshops are now international in scope. Several artists in this exhibition have been featured in Make and Craft and have initiated these events that operate outside typical art venues.

The artists included in MAKE:CRAFT create work about slowing down, skill-based empowerment, personalization of mass culture, open source sharing of knowledge, and challenging capitalist models of consumption. They want to contribute their skills in ways that break through economic and social confines, and give meaning to what they do. Ultimately, the work presents the many possibilities for making or crafting a new world.

More about the artists and their work:
Kim Abeles creates a new site-specific installation inspired by her ongoing project frugalworld, which includes one of her early projects completed while living in a converted silo in Ohio, a hand illustrated book entitled Crafts, Cookery, and Country Living (1976). Jonah Brucker-Cohen installs an updated version of Crank The Web (2001-), a hand powered Internet tool combining simple automation and current telecommunications technology that allows you to crank your own bandwidth. Frau Fiber itinerant textile worker and CEO of KO Enterprises: indefinitely young apparel production will present a participatory pedal powered sewing factory knocking off Forever 21 fashions in the Los Angeles area powered by consumers. Garnet Hertz introduces OutRun, a video game concept car that renders the real world as a 1986 video game, which Hertz will personally demonstrate by driving outdoors on Saturday, November 6. Justseeds Artists’ Cooperative debuts their new 2010 portfolio entitled RESOURCED with 26 prints addressing issues of resource extraction and climate. Seth Kinmont presents a series of built by hand vehicles as sculpture including models for three variations on mid-19th century European and American coaches, one that has been built as a self-driven hearse and electric car; and his most recent addition, a wooden electric motorbike entitled Dollar. Liza Lou, LA’s “Queen of Beads,” includes her work Loo (2006), a beaded urinal or simple bathroom fixture transformed into a provocative work of art and homage to Marcel Duchamp. David Prince’s craftsman persona, The Lumberjack, will inhabit the gallery at select times, giving demonstrations of carving simple necessities out of wood such as toothpicks. Mark Newport will perform his crime fighter knitting at the opening reception and will display eight of his Superhero Costumes, including his own creations such as Naftaman (2008) and Argyleman (2007). Alyce Santoro, inventor of Sonic Fabric, a textile woven from audiocassette tapes, presents a dress that can be listened to using a jury-rigged Walkman, along with five “philosoprops,” or ritual headgear pieces that engage the brain as transmitter- receiver, what Santoro defines as subtle reality technology. Shada/Jahn (Steve Shada and Marisa Jahn) investigate engine block cooking in Commuter Cookout (2008) a mapped drive of inter-county commuting, and Thanksgiving Dinner in 5 Seconds (2009), both addressing energy harvesting and notions of efficiency. Eddo Stern presents his latest iteration of the sensory deprivation computer game entitled Dark Game (2008- ), including multi-player stations and updated headgear. And, a special musical performance at the opening reception by Crank Ensemble, including Bay Area artists using handmade and hand cranked instruments, conducted by Larnie Fox.

Patricia Watts is founder and west coast curator of ecoartspace, a nonprofit providing a platform for artists addressing environmental issues since 1999. She has curated over 50 exhibitions, written curricula, given lectures internationally and more recently has been involved in the promotion and selection of artists for public art and ecology projects. She was Chief Curator at the Sonoma County Museum from 2005-2008 where she curated Hybrid Fields a group exhibition of artists addressing our food systems. Watts is currently working on a statewide multi-venue international exhibition in New Mexico for 2012 entitled Getting Off the Planet.

Saturday, November 6, 11am, Tour, Free Gallery tour with curator Patricia Watts and OutRun demonstration by Garnet Hertz followed by a no-host lunch at a local eatery. 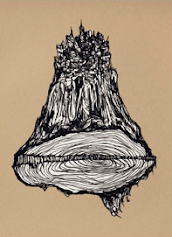 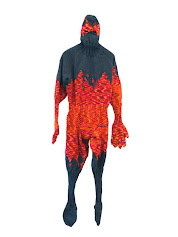 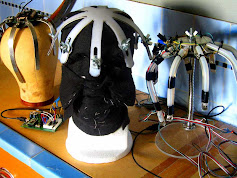 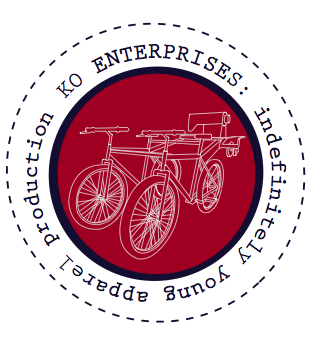 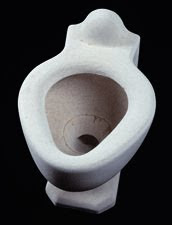 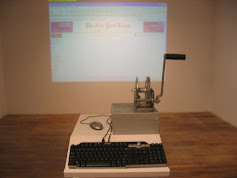 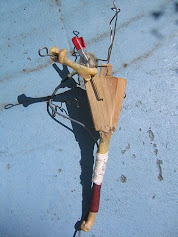